2 years ago I had the vision for a different kind of P2E game. The idea was essentially the combination of a 2D .io game (specifically diep.io) with a SciFi theme and an in-depth economy (similar to EvE or Star Citizen).

Since I am many things, but not a coder, I spent months trying to find some co-founders. Anytime I found someone that was interested we didn’t know how to organize and distribute ownership fairly.

Long story short, a year ago I founded a DAO and found some interested teammates. You can check out Ethergy DAO on DaoHaus. All proceeds from the game will be sent to the DAO treasury.

We recently finished our prototype and are looking to take the next step!

The core gameplay is simple: Players spawn from a space station, gather resources, and fight. Everything brought back to base is safe. If your ship is destroyed, it is lost. This extraction-type gameplay has become pretty popular lately through games like Escape from Tarkov and Hunt: Showdown.

The twist is the integration of tokens. Spaceships are NFTs that can be traded and upgraded. However if destroyed the NFT is burned. More powerful ships have a better chance of winning in combat, but they also have more at stake. Of course, the game can also be played without engaging in combat by scavaging, trading, and customizing ships to sell.

Other than most play-to-earn games out there right now, we plan to use risk/reward mechanics to create a balanced and sustainable economy and more importantly - a game that is fun to play.

We hope to become the first P2E game that even non-crypto nerds and NFT haters will play.

There are so many low-effort, axie infinity style P2E games being pushed at the moment. We are having a difficult time differentiating ourselves as a well-thought-out project. I recently brought up this project in a discussion with a Ubisoft Dev about NFTs. The guy hated the idea of NFT integration in games but said he thought this project might actually be something he would play. That aside we really don’t have a lot of validation yet. Almost no one knows about the project. That’s what we’re looking to change.

Next up we are overhauling the visuals and the UI. We hope to have a full alpha version playable by the end of the year.

In the spirit of web3, our team has chosen to use pseudonyms.

Squidfan (me) - Project Coordinator - Background in business development & graphic design. Working as an advisor in a crypto VC. Hobby web dev & jack of all trades. Involved with the crypto space since 2014.

Jirachi - 2d artist, marketing, and business development - Supporting Ethergy in every way they can. Designing icons, leading the administrative side of things, and much more!

We plan to use the grant funding for proper market validation, some marketing, and initial operational costs. However, we are looking for more than funding - we’re looking for allies.

We do not plan to raise funds via traditional VC firms, opting instead to stay within the decentralized ecosystem. We are hoping to formally pitch to Metacartel Ventures later this year. To this end, we want to demonstrate there being a market for our idea first.

Ethergy has taken no funding thus far and was completely bootstrapped. All funds in the treasury were donated by DAO members.

We are also open to having new teammates join Ethergy DAO by supporting our developmental efforts. Especially if you are a 3d artist or marketing wizard! Feel free to swing by our discord. 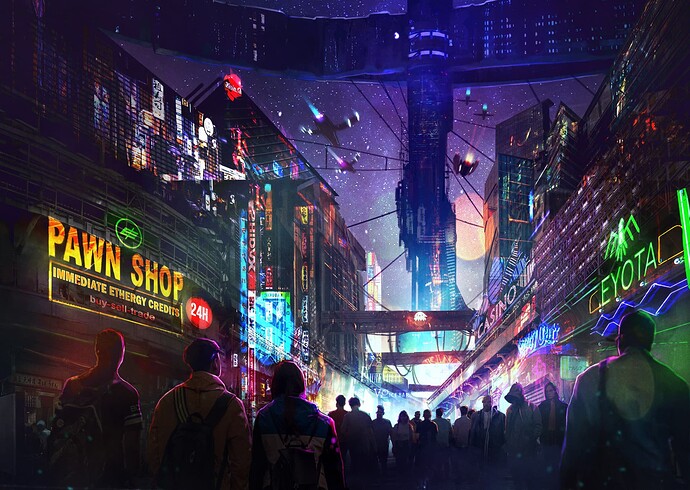