Enable token holders, issuers, and protocol politicians (delegates) to understand the governance processes they hold influence in and allow them to frictionlessly participate across different protocols.

With Boardroom, users can learn about governance processes, review the status of current proposals, understand who top voters are, and delegate/interact with the protocol as long as they hold the respective token ($COMP, $LEND, $KNC, $BAL, etc.) 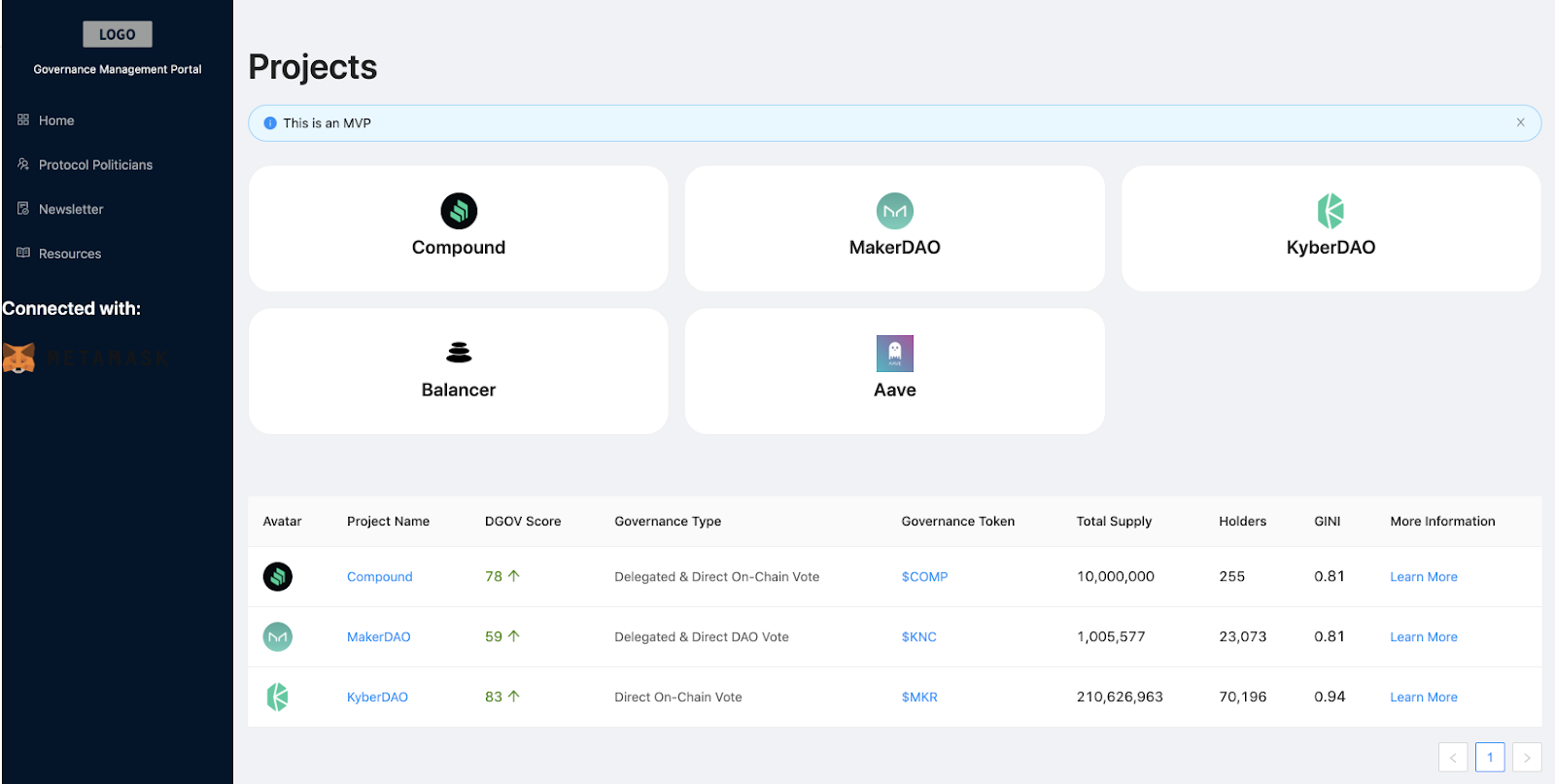 The portal will include the following features for each protocol:

You can find an MVP of the Portal Here

We are in contact with the following protocol team members, have pitched them the portal, and will be integrating them in the following order:

The portal idea was spawned in 2019 after winning ETH SF with a similar concept. Since then, we’ve conducted a suite of user interviews - including multiple members of MetaCartel - along with spec’ing out the MVP’s design.

3000 DAI to build the Alpha of Boardroom.

The MVP was bootstrapped and we need development help to go live with the portal and take it from MVP to Alpha in the next three weeks through:

The MetaCartel community has been instrumental in organically pushing the DAO and DeFi ecosystems forward, and what this project needs today is feedback and support from stakeholders that are entrenched in the day to day of DeFi and Web3 token projects. We’re here for as much constructive criticism and feedback as possible.

Our team met 3 years ago and since have hacked dozens of web3 projects across a multitude of hackathons, including ETH SF (finalists), Capitol Royale (ConsenSys winners), Ethereal, WCEF…

For those keen to learn more, check out this document with expanded ideas on everything mentioned above!

Clearly I’m based as DeFi is my bread and butter but the premise of giving users one place to stay up on how governance works across every major protocol and a means of delegating their voting power is incredible.

Will definitely be an active contributor and helping in as many ways possible!

With the increased interest & focus on DeFi governance that we’ve seen over the past couple of months, as well as the numerous projects which are either launching or plan to launch their governance systems in the near future I think this is a super worthwhile area to explore. We can’t expect users to manage governance via ‘x’ number of individual governance portals at scale and as such an aggregated governance dashboard makes a ton of sense!

I’m super excited for this and will be actively testing & contributing as the project moves forward alongside @coopahtroopa, @JamesW and others!