Hello,
On behalf of the team and program participant of Web3bridge, I am happy to say thank you to the Cartel for the previous grant funding provided to us Web3Bridge Grant application - #12 by Ebunayo.

We are excited to mention that the $3000 grant that was used during cohort III to fund mid way hackathon gave birth to safekeep.finance project which is presently in beta testing stage and we are already discussing funding to scale the project.

Also as part of the impact of the program across Africans, we are glad to also state that 5 of the participants of cohort II & III are actively employed as Junior and intermediate solidity developers and are earning better than they were when they were doing web2 development.

Since the last funding, Web3bridge has successfully close another cohort and we have another project in the pipeline that will be launched from the cohort. Also, with the reviews we have done with the program, we decided to lease a building in Lagos to serve as the office space and hostel facility for Cohort V, we took this decision to increase rate of completion of the program and with this facility we will be able to host and train 40 developers (30 male and 10 female) up until we are able to secure a bigger place.

Thankfully, setting up the office have been possible with the little contribution we got from GR9 and the large part of the funds released by the team.

However, we are requesting a grant of $15,000 to fully complete the set-up and prepare for the cohort.

The fund will be expended on acquisition of bootcamp bed ($4,760), provision of internet network ($1,619) and equipping the facility with solar systems ($8,619) to provide uninterrupted power supply during the cohort.

Our expectation from this cohort is 100% completion rate and an intense training that will afford us the opportunity to graduate intermediate blockchain developers to fill up the growing demand for solidity and frontend developers in the space and also we look forward to supporting the growth of two projects for the community.

** edit: I love Web3Bridge generally and want to support the projects coming out of it now. Looking forward to hearing about the ecosystem progress. I’ll leave another comment about why i think other ecosystem participants are better funders of this particular proposal.

Please send your participants (and their projects) over for funding from MetaCartel, but this doesn’t seem like an appropriate use of funds from MetaCartel. Feels like an economic development grant now with the traction proven.

Love it!
I agree with @scottrepreneur in that you should send your participants (their projects) for funding from MetaCartel but this seems like an even higher impact thing to do & imo totally in line with MetaCartel’s spirit of “if you want to go fast, go alone, if you want to go far, go together” &
“We are people oriented and community first”.

I’m pretty sure MetaGame would also be willing to pitch some Seeds in & cover at least the internet expenses as that’s kind of a basic human need at this point lol.

The main thing I’d want to ensure is that the Web3 Bridge is onboarding people to the Ethereum & it’s layer 2 solutions rather than Polkadot, Near or other Ethereum-killer bullshit as supporting dApps on Ethereum is what most of the DAO originally signed up for

Maybe let’s have it discussed at tomorrow’s townhall?

I think this is pretty amazing actually, the only thing I am missing is where are these developers ending up ?

I have not seen any join the MetaCartel eco-system projects: Ecosystem — MetaCartel then again I have not been paying close attention.

Also I would like to see an update from the last grant we gave in 2020.

I would like to see the projects created by the hackers, some photos of this new proposed facility. Sorry to be a skeptic but really I am looking for proof that our funds went into these hackathon activities, if you can provide me that I would feel much better about this being grant worthy.

Will be happy to learn about your thought around other ecosystem

We received 3k grants from the cartel for cohort III to fund the midway hack which was part of the cohort schedule.

The cohort initially run a 12 weeks schedule of 8 weeks learning and 4 weeks hacking. The hacking is a way for the participants to show what they have learnt from the cohort and we encourage them to build actual product that may be carry forward after the cohort.

For the cohort in which we receive the grant, we had three projects https://github.com/favalcodes/blockVilla 2 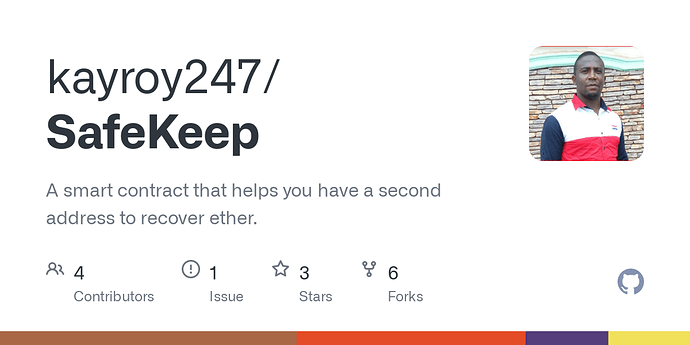 A smart contract that helps you have a second address to recover ether. 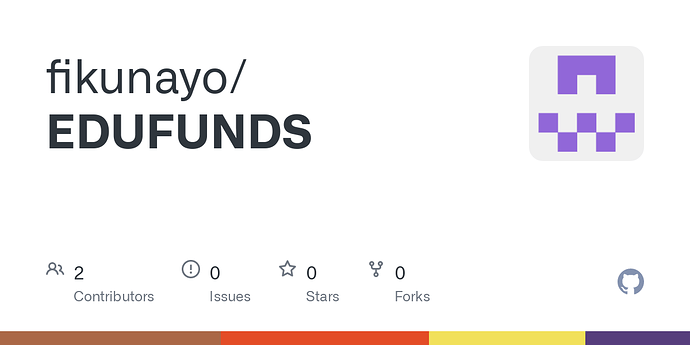 Contribute to fikunayo/EDUFUNDS development by creating an account on GitHub.

After the hackathon and the cohort, the SafeKeep team did a revamp of the project and started development since then. Others from the cohort got jobs from some other projects in the space.

The cohort in which the grant was received had 45 participants and we were able to have 10 finalists which is why we are moving the program offline to ensure increased participation, reduced rate of turnover of participants and ensure effective coding and learning experience.